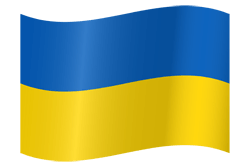 Helge Capital is a real estate operating company with core competencies in value-add, development, management, and long-term ownership of multifamily and workforce housing in the Boston area.

We utilize our turn-around management skills in value-add properties to improve cash-flow and greatly increase asset values. In developments, we build-to-hold for cash-flow and appreciation. Our vertically integrated in-house property management and control infrastructure gives Helge the cutting-edge operating efficiency. Built on a record of performance and sustainable growth, Helge thrives in all economic cycles with a healthy balance of stabilized and development assets.

We pursue undervalued or below replacement cost transit-oriented, Class B / Workforce housing in areas currently or soon to undergo positive transformation.

Through our vision, capital improvements and “hands-on” management, we greatly increase asset performance. We position properties for a long-term hold with stable cash-flow and appreciation.

We pursue undervalued land sites for permitting and development of rental properties in transit-oriented areas currently or soon to undergo positive transformation.

We do not buy “trophy” assets; we only pursue value-add properties.

We only operate in the Boston area, a high barriers-to-entry market.

Helge Capital aims to have a positive impact on the communities where we operate.

The story of Helge Capital is the story of Oleg Uritsky, a successful entrepreneur. Oleg immigrated as a teenager with his family to Boston in 1991 after escaping Communism in the former Soviet Union. Having only $60 in his pocket and speaking no English, Oleg painted apartments and delivered pizza in up-and-coming neighborhoods of Boston. Just ten years later he began buying properties and ultimately owning hundreds of residential units in those very neighborhoods.

Oleg’s entrepreneurial journey continued throughout his education. He graduated from college, studied postgraduate economics and finance at Harvard University, received a joint JD/MBA degree from Northeastern University, interned through the Honors Program at the U.S. Securities and Exchange Commission and the U.S. Department of Justice in Washington, D.C., and became an attorney. In 2000, Oleg was joined by a long-time friend Igor Shreyer, who at that time operated and owned large Domino’s franchises in Boston. Oleg and Igor were able to predict and visualize the positive transformations undergoing in the Boston’s deep value neighborhoods and they started buying and managing multifamily housing in those areas.

From 1995 through 2014, in addition to starting Helge Capital, Oleg founded, invested in and sold a number of different companies. He owned and operated a fleet of Boston taxicab medallions and was a widely recognized industry leader. Predicting the collapse, Oleg sold his taxi medallions in 2012, at near peak values, in anticipation of Uber’s devastating impact on the taxicab medallion markets.

Oleg believed in the future of ride-sharing and invested in Lyft early-on. Oleg also predicted that financial institutions holding taxicab medallion loans would face massive and unprecedented defaults. In 2013, he bet against the market and co-founded HVM Capital which was first to publish this activist investment thesis and identified financial institutions exposed to the collapse of taxicab medallions economics. HVM was featured in The Washington Post, Fox Business, Jim Cramer and other media outlets. Within the next four years, Oleg’s investment thesis proved to be 100% correct: Medallion Financial Corp (NASDAQ:MFIN) lost 80% of its market cap; Signature Bank, Capital One and other banks took billions in write-offs. In June-August 2015, HVM published two activist reports detailing how Montauk Credit Union and other lenders provided 100% predatory financing and artificially inflated taxi medallion prices. These reports went viral and two months after the release, the government raided and seized the 100-year-old Montauk Credit Union citing “unsafe and unsound practices.“ Following, the government seized, liquidated and forced a merger of Melrose Credit Union, LOMTO Federal Credit Union and a dozen others as they all became insolvent following heavy losses in their taxi medallion loans.

From 2009 through 2014, Oleg, Igor and other partners co-founded and built two healthcare companies: Mass ADH Alliance, at that time the largest in Massachusetts elderly-day-care centers; and All-at-Home, a home-based-care servicer. Combined, the companies serviced over 2,000 patients and employed 400+ people. Oleg and Igor realized their returns by selling interest in All-at-Home to remaining partners and Mass ADH Alliance was acquired by Civitas Solutions (NYSE:CIVI) in 2014. From 2011 through 2014, Oleg co-founded a micro venture/angel fund and invested in 25 early-stage and pre-IPO companies. These investments outperformed all industry benchmarks, achieved outstanding exits and hit two unicorns, notably Crimson Hexagon, Corbus Pharmaceuticals (NASDAQ:CRBP), Lyft (NASDAQ: LYFT) and DraftKings (NASDAQ:DKNG).

Finally, in 2014, recognizing the substantial opportunity in the Boston’s real estate market, Oleg and Igor exited successfully all non-real-estate companies they had founded and redeployed their capital and full-time efforts into real estate. They have positioned Helge Capital as a value-add real estate operating and development company specializing in workforce housing. Within just three years, Helge validated its business model with exceptionally high IRR returns on exited properties. Helge Capital is focused on becoming a boutique real estate investment manager and sponsor for institutional capital and family offices.